If you have sailed on Barren River Lake for a while, you have probably seen spider webs floating in the air across the Lake.  They are the same ones that get tangled up with your wind vane, causing it to malfunction. Where are those webs coming from? Spiders, of course.  But why?

If you think that they are just surplus webs that break away from trees and other objects, think again.  If you look at the webs carefully, you will find small spiders riding on them. So, were the spiders just spinning and got blown away?  Nope. The spiders were doing it intentionally to get around, to spread their species. Just like other plants and animals. 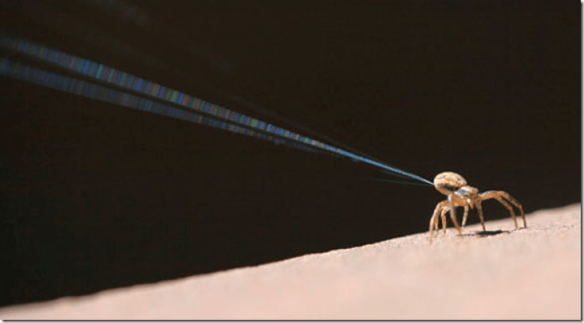 How far can they fly?  When Charles Darwin first observed them, the Beagle was 60 miles off the South American shore.  At that time, science was not advanced enough to figure out how they were flying except to assume that it was all due to the wind.  Recently, British scientists solved the mystery. It does not have anything to do with the wind. In fact, the spiders seem to prefer light wind or calm.  The Earth carries a negative charge. When the spiders spin their webs, the webs are also negative. And, as I am sure you know, two negatively charged objects repel each other.  So, when the spiders feel the Earth developing a strong negative charge, they begin to tingle. They begin to spin, and off they go. Whee!