Vice Commodore – Alan Cannon led the meeting in the absence of Commodore Champion who was called away on personal business. As always, we began the meeting with a salute to past commodores, Howdy y’all !

First order of business was thanking Gary Reimer and all who attended and helped out at the fall work party, a lot of work was done, the heads painted, the shed re-organized, the sails refolded, both yards cleared, ramps swept and cleared and all organized for winter.

Next up : The Christmas parade, we will use one of the sunfish as a float this year and Herb has graciously offered to pull it using his Model A Ford. The parade will be held on December 3rd, the float will be decorated at Herb’s house on December 2nd at 6pm. Please help decorate the float, also we need some people to help out with handing out candy on December 3rd starting at about 7:00 am.

Herb Siewert is having a Superbowl party at his house on Superbowl Sunday, bring snacks ! More on this later.

Yardmaster Reimer reports that the cameras are up and operational at the club, the water is down and the gate is locked.

Lee Huddleston wants to get rid of his old Suburban, contact Lee if you have an interest.

Purser Sanders reports we have paid Property Tax, Insurance and US Sailing, we are up to date on bills and we have about $3000 in Checking and $1500 in savings.

The Christmas Party will be held at the Bistro in Bowling Green on December 3rd at 6:00pm. The Club is buying Appetizers, there will be a cash bar and we will have a choice of 5 menu items at about $18/ person. Please RSVP to Deborah Champion, so we can get a headcount.

Our Slate of Officers for 2012 is as follows:

Noted: Herb Siewert mentioned that he was opposed to people serving more than one consecutive term as commodore to give others a chance to serve and increase diversity. We agreed in principle however there is a shortage of people willing to take these offices. The slate was voted on and passed by the board.

Finally Lee Huddleston thanked Gary Reimer for his work with the Trashmaster’s and mentioned that this was a great help to the club in dealing with the Corp of Engineers. Thanks Gary for a job well done as the Yardmaster also these past years.

The meeting was adjourned at 8:00pm. 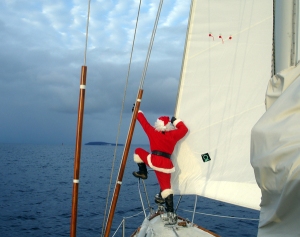 This year’s party will be held at the Bistro Restaurant :
The Bistro  1129 College St. Bowling Green, Kentucky
December 3rd
6:30 pm Cocktails and Dinner at 7:00 pm.
Dinner will run about $18 per person plus gratuity.
We will have a limited menu of about 5 items to choose from.
Cash bar. Appetizers and desserts provided by the club.
Please RSVP on Facebook or to Deborah Champion so we have a head count for the appetizers
Hope to see all of you there and Merry Christmas

This will be held 11-11-11 at 7PM. The plumbing at the lake has been winterized so we will hold our meeting at Gander Mountain in Bowling Green. We will discuss and approve Slate of Officers for 2012 and discuss Christmas plans for the parade and dinner – No food for this one

The meeting opened with a salute to past Commodores: Lee, Frank,Gary R., Bill, Herb, and Doug.

We decided to hold the November meeting at the lake with a bonfire if necessary to keep us warm.

The club Christmas party will be held on December 3rd at the Bistro restaurant  (1129 College Street Bowling Green, KY 42101-2618 (270) 781-9646) http://www.thebistrobg.com/menu.html, we will order off the menu which should help keep the cost down. More details on this to follow as it develops.

We decided to field a float for the Bowling Green Christmas parade also December 3rd at 9:30 am. Herb Siewert will once gain let us use his Model A to pull a sunfish on its trailer. There will be a sign-up sheet to help on this at the Club.

October 29th will be the Fall cleanup at the club, this will be from 8-12noon. Yardmaster Reimer is making a list (just like Santa). Remember many hands make light work. Free Wheelbarrow rides! 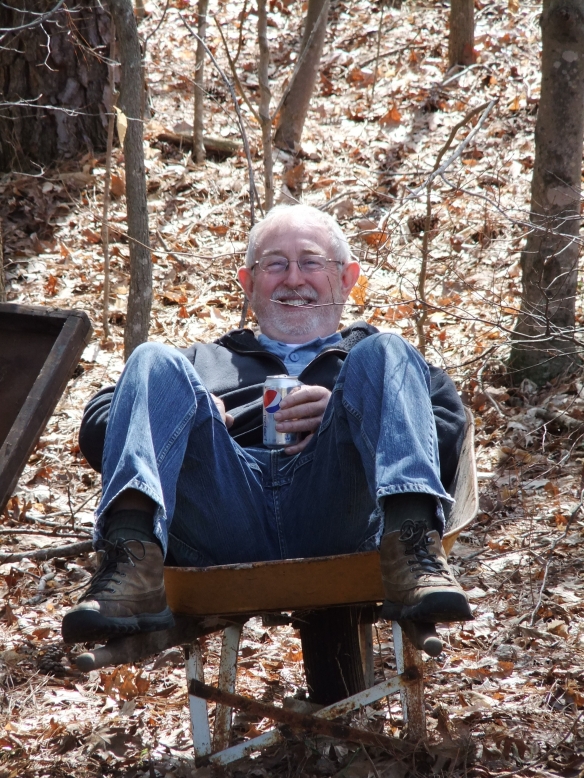 Ronny is Ready to Go !

We discussed the recent survey conducted regarding rebuilding the Pavilion, about 70% of the 37 respondents , would rather fix what is already there. Many people preferred using dues for Capital improvements and if needed would rather bring their own drinks rather than going cheap on Trophies and Flags at regattas. Many folks left mostly contructive comments on amenities they would like to see at the club.. Curiously no one reported the need for swim up dock waitresses.

The highlight of the evening was a Chili Cookoff and we had 8 kinds of Chili to sample, the event was dominated by Greg Glass and his Corona classic chili. Greg took home a classic trophy to mark his win.

Thanks to all who brought chili to this event and to those who brought hot sauce and dessert.

Keeping sails clean is part diligence, part science, and part fate. The fate part is closely associated with the environment and climate where the sails are used and stored. For example, if you use and store your sails in the Pacific Northwest, mildew will be a constant and persistent foe.

When you find your sails are in need of cleaning, we suggest the following steps:

Note: Keeping sails clean and dry is an essential part of sail maintenance. Storing sails out of the elements when not in use can prolong their life by years.

Calling all mates, the list is long and we need your help…

Bowline Variations is this months “Knot of the Month” for October’s meeting, this website shows a few good variations of tying our old friend the Bowline.. 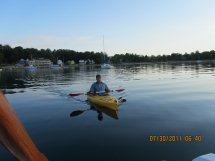 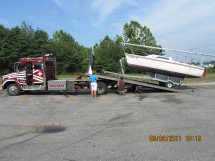 Up Up on the Tow Truck 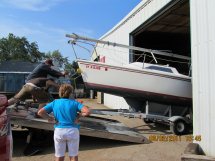 Tight Squeeze at the Welding Shop

The meeting opened at about 6:30pm with a salute to former Commodores: Lee, Gary, Herb, Barry, Doug, Carol and Frank..

The Orec and Dixie Cup Regatta was discussed, Barry Sanders will be making his famous wings as usual. Thanks to all who attended and those that brought boats.

The Trashmaster’s cleanup was held on Saturday September 17th. Gary Reimer wishes to thank all involved who turned out. This is always beneficial to cement our relationship to the Corps.

The last regatta will be the Great Minnow which will take place on October 1st. We will forego the Rita Regatta this year; maybe we can have it next year.

Purser Sanders reports that he has signed the insurance check for this year and also that the Corp fee will be $1500. Barry also mentioned that POYC members can get a discount on BoatUs products but you need to sign up. See Barry for more information.

We are dismayed to report more vandalism at the club, someone released Alan Cannon’s boat from the dock and it was later recovered in the cove, also Matt Reimer’s trailer tires were slashed and last month our donated cement countertops were smashed. We will be placing some cameras on the club grounds and dock to see if we can catch these people in the act. If you see people that you don’t know or acting suspiciously please challenge them, or call the sheriff.

Purser Sanders mentioned that our sister club the Commonwealth Yacht Club at Green Turtle Bay will be having Regatta’s and events the week of September 24th. Please visit http://cycgtb.com/page/regatta-home for details.

Purser Sanders also mentioned that once again it is Cub Scout popcorn time, please contact Barry and support the scouts.

The Scribe will be putting out an On-line survey to give the Officers feedback on your thoughts about rebuilding the Pavilion and a few other topics. Please take a few moments and fill this out on-line. This won’t take more than a few minutes and will give everyone a chance to anonymously respond.

Yardmaster Reimer remarked that we have 10 boats on the dock, please be courteous and share he dock spaces, if you aren’t actively sailing them please take them out so others have a chance to park there.

Commodore Champion and Vice Commodore Cannon need someone to help plan the Xmas party, this year we want to allow people to order off of the menu to keep costs down. We need ideas on where we can have the party and need someone to plan and contact restaurants where we can get the use of a room, preferably for free. If you can be on this Committee, please contact Alan Cannon or Debbie Champion.

Our next meeting will be Friday October 14th, this will be a Chili cook-off, bring your best efforts to the meeting. The Knot of the Month will be the best variation of the Bowline which all sailors should know.

The meeting was adjourned at 7:00 pm.